The first case heard by the SCOV was Griffin v. Galusha (1778).  The report of this case is found in Secretary of State William Slade's State Papers of Vermont (1823).  The location of the original paperwork is unknown.
The court organized at Stephen Fay's Green Mountain Tavern (later known as the Catamount Tavern) in what is now Old Bennington, in December of 1778.  The judges took their oaths of office, appointed Stephen's son Jonas as the first clerk, and opened the court for the conduct of business.  If numbers were assigned, this was Docket No. 1.  The caseload of the first term was five cases in all. 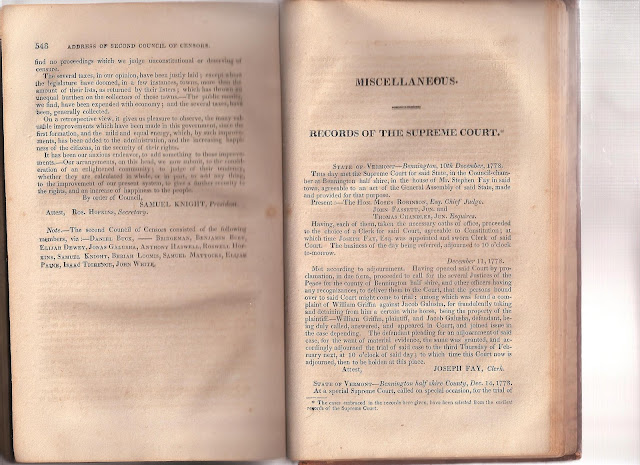 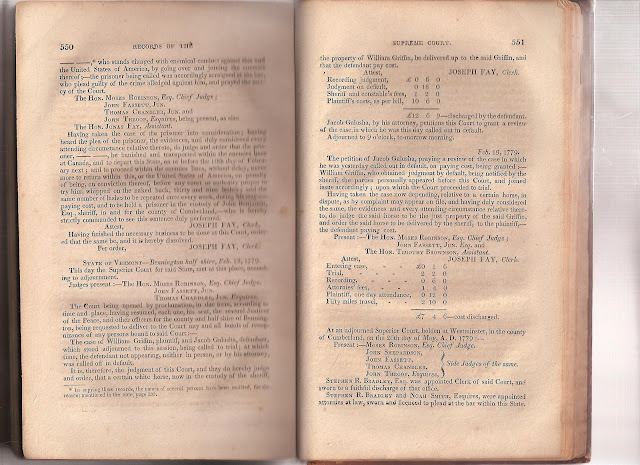 Alimony, Short For “All The Money”

Zink v. Zink , 2016 VT 46 By Amy E. Davis Who doesn’t love a good discussion of alimony, or, as we in Vermont call it, “spousal maintenance”? Spousal maintenance is money you pay your ex-spouse so she (or he) can continue on in the lifestyle to which they’ve become accustomed. It’s a hot topic for us divorce attorneys, and is the focus of this case as well. Husband and Wife divorced in 2007 and agreed that Husband would pay Wife $1800 per month permanently (that means forever). In January 2015, Wife filed a motion for contempt because Husband had not paid her and said he was no longer going to pay her. Husband opposed the motion and filed his own to modify his monthly obligation claiming that he could no longer pay the court-ordered amount of $1800, and that since the final divorce, the parties had agreed to reduce the payments. Husband also argued that both parties’ finances had changed since the divorce. The lower court found the following: Husband is a self-employed tr