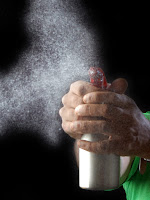 The Whitneys are foster parents, and after a new DCF-initiated foster placement, noticed they had bedbugs. So, at DCF’s behest, a pest-control company came in and soaked the house in a banned chemical. “Chlorpyrifos is a toxin that can cause ‘nausea, dizziness, confusion, and, in very high exposures, respiratory paralysis and death.’” Yummy. The feds have banned it for residential use and the spraying “violated federal and state law.”

The Whitneys were concerned. They got in touch with the Vermont Department of Agriculture, which told them to stay out of the house until testing could be done. When the testing was done, the levels were 665 times the EPA-cleanup-required levels. The Whitneys haven’t been able to live in their house since April 2013.

Vermont Mutual denied coverage based on the total-pollution exclusion. The Whitneys filed suit for declaratory judgment. After some procedural wrangling, and based in part on this California case, which reasons that pollution exclusions “apply only to traditional environmental disasters,” the trial court granted summary judgment in favor of the Whitneys, finding terms within the exclusion ambiguous and therefore construing the policy in favor of coverage.

The trial court granted Vermont Mutual permission for an interlocutory appeal. And in the meantime, the SCOV issued this total-pollution-exclusion-applies-to-a commercial-spray-insulation-company’s-general-liability-policy decision. This does not bode well for the Whitney’s case.

Vermont Mutual argues that the trial court ought not’ve found the policy ambiguous, and even if that was cool, the intentional spraying of chlorpyrifos falls into the “traditional pollution” arena.

The SCOV notes that it reviews a summary-judgment decision de novo, applying the same standard as the trial court. In this case: “Summary judgment is appropriate if the material facts are undisputed and any party is entitled to judgment as a matter of law.”

There’s no dispute over the material facts. The only question is whether the total-pollution exclusion applies in this case. The SCOV notes that whether coverage applies is a question of law and it can decide whatever it wants—the trial court’s decision gets no deference (quick vocabulary lesson: I was going to use “shrift” as in “short shrift” here, but that means a priest’s go-forth-and-sin-no-more shtick—the more you know).

The SCOV does a quick recap of the recent Cincinnati case, noting the California-Washington split and pretty much says what we’re going to say here: go read that case if you want to learn the legal history. We’ve just already digested and summarized it for you, dear reader. You’re welcome.

The takeaway from Cincinnati is that total-pollution exclusions get plain-language treatment. In other words, almost everything is excluded. Or, as the SCOV puts it: “The main lesson of Cincinnati for our purposes is that pollution exclusions are not presumed, as a class, to be ambiguous or to be limited in their application to traditional environmental pollution.”

The SCOV concludes that the policy language in this policy this case is very similar to the language in Cincinnati and that the total-pollution exclusion operates to exclude coverage for the Whitney’s claims. Accordingly, the SCOV reverses the trial court and orders the trial court to grant summary judgment in favor of Vermont Mutual.

Do you agree with this decision? Why or why not? Let us know in the comments.

Alimony, Short For “All The Money”

Zink v. Zink , 2016 VT 46 By Amy E. Davis Who doesn’t love a good discussion of alimony, or, as we in Vermont call it, “spousal maintenance”? Spousal maintenance is money you pay your ex-spouse so she (or he) can continue on in the lifestyle to which they’ve become accustomed. It’s a hot topic for us divorce attorneys, and is the focus of this case as well. Husband and Wife divorced in 2007 and agreed that Husband would pay Wife $1800 per month permanently (that means forever). In January 2015, Wife filed a motion for contempt because Husband had not paid her and said he was no longer going to pay her. Husband opposed the motion and filed his own to modify his monthly obligation claiming that he could no longer pay the court-ordered amount of $1800, and that since the final divorce, the parties had agreed to reduce the payments. Husband also argued that both parties’ finances had changed since the divorce. The lower court found the following: Husband is a self-employed tr