This is a single, specially-assigned-justice bail appeal. Mr. Lontine argues that the trial court failed to make findings supported by clear-and-convincing evidence that “his release would pose a substantial threat of violence to another person and that no conditions of release could reasonably prevent such violence” under this statute. He also argues that because his trial didn’t commence within 60 days, he’s got a get-out-of-jail-free card.

A little constitutional twist (for those three lawyers who graduated from Harvard in the 70s) in this case. The Vermont Constitution provides that a trial has to start within 60 days if a person is held without bail and it’s not a death-penalty or life-imprisonment case. The legislature copied-and-pasted it into a statute.

Mr. Lontine was charged with a bunch of misdemeanor and felony offenses involving his former live-in partner over two different days. When he was arraigned, he didn’t request a public defender. The State requested a hold-without-bail order, and the trial court granted it. Mr. Lontine eventually requested a public defender and the trial court granted the motion that day. Dates were set and so on and so forth. Eventually a weight-of-the-evidence hearing was set, and the trial court continued the hold-without-bail order. At that hearing, defense counsel indicated an intention to depose the complaining witness, though it doesn’t appear any deposition had been set at that point.

Basically, Mr. Lontine’s argument is that the statute and the Vermont Constitution say trial within 60 days, so he gets out. It’s a good argument in my opinion. The SCOV doesn’t buy it.

Basically, the SCOV says that it hasn’t really scrutinized the statute before. The SCOV further reasons that the hold-without-bail leading up to the weight-of-the evidence hearing doesn’t count. The clock starts ticking afterward. The SCOV also notes that a defendant couldn’t, for example, agree to a six-month felony discovery schedule, then—at the expiration of sixty days—say, “Okay, it’s time for me to get out now! Set bail henceforth!”

The SCOV asserts that a defendant has to put the trial court on notice in a speedy-trial situation. Here, the SCOV reasons that Mr. Lontine failed to do so. The SCOV runs through some cases that seem to indicate that a defendant must stomp around the courtroom repeatedly yelling “I want a speedy trial!” and file more than one motion asserting the same in order to invoke the right. There’s a certain logic here—it’s more or less how my at-the-time-eight-year-old little brother got a puppy one year when we were young.

At any rate, the SCOV reasons that Mr. Lontine failed to sufficiently invoke his speedy-trial right under the statute, noting that there was an agreed-to-by-counsel discovery schedule and such. And so we turn to the factual-findings-don’t-support-hold-without-bail argument.

Here, Mr. Lontine gets a little more traction. The SCOV makes lengthy factual findings, which will not be recounted in great detail here. Suffice to say, the findings include a history of domestic violence, uncontrolled jealousy, gun-involved suicide threats, and substance abuse. The SCOV finds that the State has shown a threat of violence to any person—Mr. Lontine’s former partner at least—by clear-and-convincing evidence.

On the next prong— that no conditions of release could reasonably prevent such violence—the State does not fare as well, and Mr. Lontine prevails. The SCOV points out that the legislature has essentially required the State to prove a negative. Mr. Lontine has strong ties to the community. His mother has offered to be his custodian and keep alcohol out of the house. Though Mr. Lontine does have a criminal history, the SCOV points out that it is “minimal and old.” The SCOV also notes that in 2008—after a smarten-the-****-up talk from his brother—Mr. Lontine got sober and treated his former partner well. All this indicates to the SCOV that a set of conditions can reasonably prevent the concerned-of violence that would otherwise prevent the court from releasing Mr. Lontine. The SCOV therefore vacates the hold-without-bail order.

Interestingly, the SCOV prohibits monetary bail in this case, opining that cash bail “cannot be used as a form of preventive detention,” and that with Mr. Lontine’s deep roots in the community and his lack of flight risk obviate any need for cash bail.

As to conditions, the SCOV opines that the conditions must be stringent and, at the very least, include: (1) no violent or threatening behavior, an appropriate custodian, and no entry onto his former partner’s residence; (2) no contact or coming within 300 feet of his former partner; (3) substance abuse screening and treatment forthwith at Valley Vista; and (4) no firearm possession whatsoever.

And with that, the SCOV kicks it back to the trial court with some very specific instructions as to what to do.
clear and convincing evidence hold without bail speedy trial threat of violence Vermont Constitution
Posted April 24, 2016 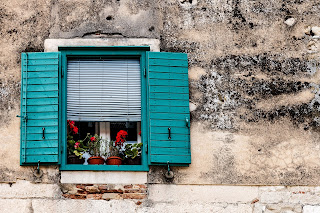 This is also known as a window. Sullivan v. Menard 2019 VT 76 By: Elizabeth Kruska Not everyone spends a lot of time in criminal court. Even fewer people spend a lot of time handling post-conviction issues that arise. You’d think with the rise of true-crime series, like  Making a Murderer  or podcasts like  Serial  and  Undisclosed (and all the eleventy jillion others out there; I kid, many of them are interesting) that everyone and their sister is somehow suddenly involved in filing habeas corpus and post-conviction relief cases. But that’s not exactly the case. And although we’ve got great lawyers handling post-conviction relief cases (I may be biased, many of them are my friends), it’s not always the buzz-worthy media-type cases that get filed.