Give Me One Reason, Or Two (Part Three of a Collection of Entry Orders in Three Acts) 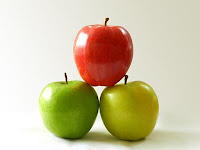 “As a probationer, he’s not entitled to bail as a matter of right” is a phrase I have heard at least a thousand times in making bail arguments in probation violation cases.

Harley Breer was on probation for some felonies stemming from some charges filed in 1999. Then he got charged with more offenses in 2011, as well as some violations of probation and was held without bail. While pending trial, he got charged with more offenses, including 2 counts of sexual assault, violations of a restraining order, and violations of conditions of release, in 2012. The cases moved forward, and in 2014 he moved for a bail hearing. The trial court held a hearing over the course of three days.

The trial court ruled that Mr. Breer should continue to be held without bail for two reasons. First, he still had the probation violations pending. By statute there are certain times when a trial court should set bail in probation violations. This wasn’t one of those circumstances. Second, the trial court found that in the new criminal matters, he was facing life imprisonment and the evidence of guilt was great. The court also noted that Mr. Breer was a flight risk.

Then 2016 rolls around, and Mr. Breer filed for another bail hearing. First he said that he was denied certain procedural and confrontation rights. He also argued that through discovery in the criminal cases it has become apparent that the evidence of guilt was no longer great, so bail should be imposed.

The trial court denied the motion without a hearing, reasoning that the new evidence in the criminal case was testimonial and went to witness credibility, and was thus modifying evidence. He appealed.

SCOV affirms the trial court. With respect to the probation violation, there was an extensive hearing, and thus ample opportunity for confrontation.

With respect to the criminal matter, SCOV also affirms the bail decision. In a life imprisonment case, a trial court may impose bail where the evidence of guilt is not great. The trial court makes this determination by considering the admissible evidence in the light most favorable to the state and excluding modifying evidence. Here, Mr. Breer tried to attack the strength of the State’s case by putting forth information that would have fallen into the category of modifying evidence. Thus, it was properly not considered by the trial court.

So, SCOV affirms both bases for Mr. Breer to be held without bail.
Posted by Andrew Delaney at 8:17 PM