A medical malpractice complaint generally requires a certificate of merit. You might think this isn’t a big deal. After all, it’s just a one-pager (or so) that says the lawyer or plaintiff has consulted with a medical expert and the medical expert has said the case has merit. But, it’s a big old deal. We’ve written about it before. If you do any medical malpractice work, memorize this statute, boys and girls. It may just save you from very uncomfortable conversations with your client and your malpractice carrier.

So, in this case, Mr. Quinlan’s wife, Lincy Sullivan, went to see a physician’s assistant on October 21, 2014. She had shortness of breath, leg pain, and chest pain. The PA concluded that it was allergies, prescribed an inhaler, and sent Ms. Sullivan home. She died three days later from a blood clot in her lung.

Mr. Quinlan hired an attorney. The attorney consulted with a PA and the PA wrote an opinion letter opining that the defendant’s treatment of Ms. Sullivan didn’t meet the standard of care on a number of levels. That letter and Ms. Sullivan’s records were provided to the defendants pre-suit.

On November 1, 2016, defendants moved to dismiss on the basis that plaintiff failed to file a certificate of merit with his complaint. As we already know, the certificate is important. There’s also a provision in the statute that allows a complaint to go forward when malpractice is so obvious no expert testimony is needed. There’s also a provision that allows an extension of the statute of limitations for 90 days to permit the reasonable inquiry required by the statute.

Plaintiff filed a separate action with a certificate of merit and a 90-day-extension petition on November 16, 2016. This is the second case. Plaintiff also opposed defendants’ motion to dismiss by arguing that dismissal is discretionary under the statute and that the notice of claim and the PA’s letter report provided substantial compliance with the statute.

The trial court granted the motion to dismiss in the first case. There was a fair amount of back and forth. What you need to know here is that in the second case, plaintiff’s main argument was that his petition to extend the statute of limitations—though filed after the statute had run—should provide a 90-day extension. (This argument gets abandoned on appeal.). I’ve previously observed that the abbreviation SOL for “statute of limitations” has another connotation that seems appropriate under the circumstances. Plaintiff also argued that the strict-compliance provision violated equal protection.

The court did not agree with plaintiff and dismissed the second case with prejudice, rejecting plaintiff’s tolling, equal protection, and other arguments.

Plaintiff appeals both rulings in this consolidated appeal.

Plaintiff again argues substantial compliance with the certificate-of-merit requirement through the notice of claim and the provided-to-defendants report. SCOV doesn’t buy it. SCOV cites this case (conveniently summarized by your favorite legal writers at the link) for the idea that letting plaintiffs get away with not filing the certificate of merit would be contrary to legislative intent.

Plaintiff files a complaint without a certificate of merit? Case gets dismissed. So says SCOV.

Plaintiff argues that strict compliance violates his right to equal protection—specifically, that when a case is filed close to the end of the limitations period, that litigant doesn’t get a second chance but someone who files early does get a second chance. SCOV is not convinced. SCOV opines that in both cases plaintiff was treated like any other plaintiff that failed to include a certificate of merit with a medical malpractice complaint or filed a case after the statute of limitations. Essentially, SCOV says potentially different outcomes don’t necessarily mean different treatment.

Plaintiff’s last-ditch argument is that the second case survives because it was filed within a year of the dismissal of the other one and this statute allows that when a case is dismissed for lack of subject-matter jurisdiction. Plaintiff argues that the dismissal here was a subject-matter-jurisdiction dismissal and the safe-harbor, file-it-again-within-a-year statute should apply.

While SCOV doesn’t put a label on the dismissal here, it notes that the dismissal is not a subject-matter-jurisdiction dismissal because it doesn’t extinguish the superior court’s power to hear the case. There are exceptions—like when the malpractice is so obvious no expert is required—that allow a complaint filed sans certificate to escape dismissal. SCOV concludes “that the failure to file a certificate of merit does not divest the court of its general power to hear a medical malpractice action.”

And that’s that. The dismissal of both cases is affirmed. I leave you with the words of Towelie from South Park: “Don’t forget a towel certificate of merit!” 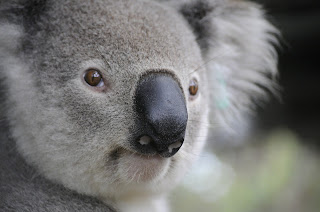